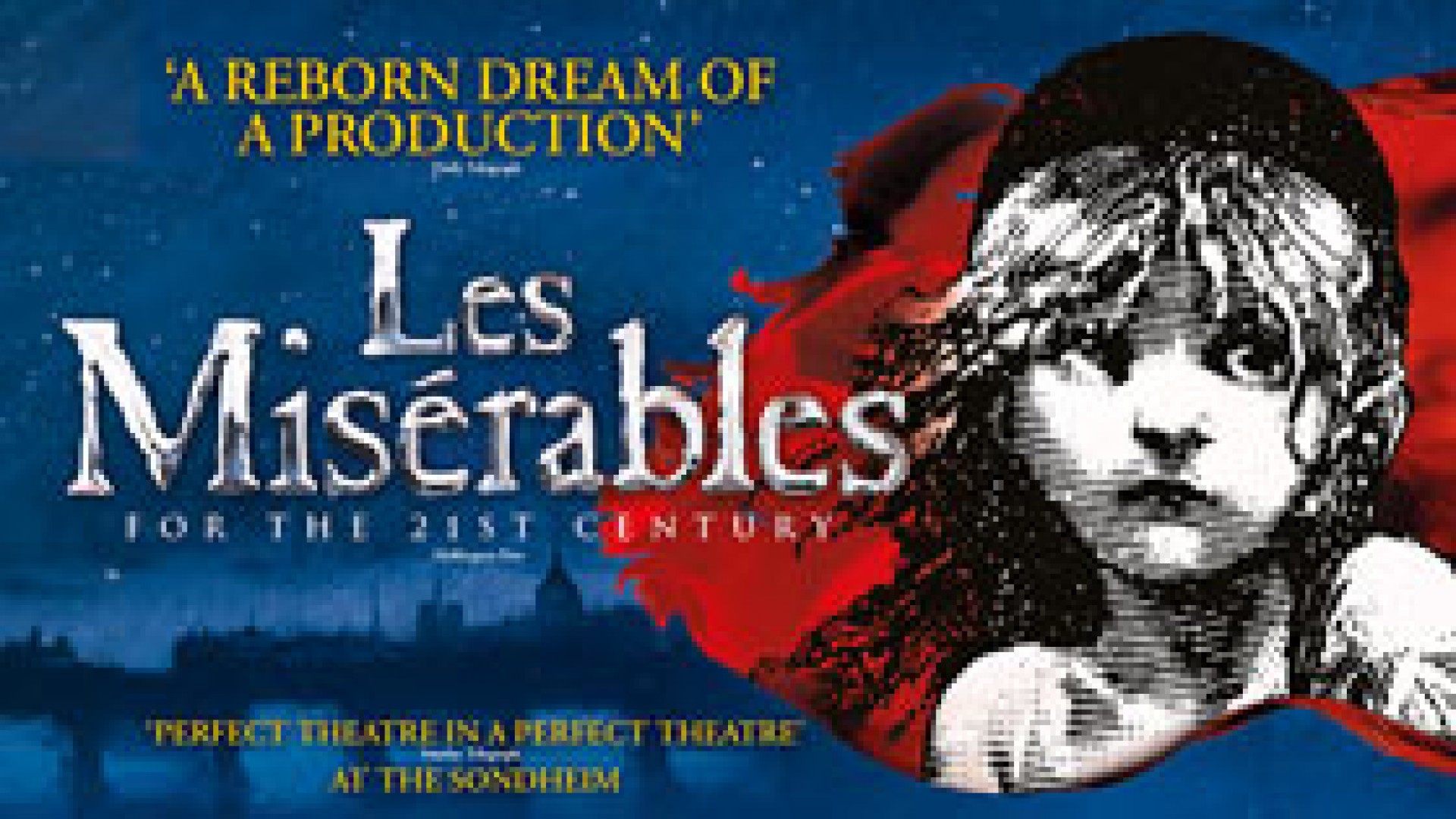 Keith Prowse offer tickets for all the top West End musicals and shows in London's West End from brand new shows to the long-running classics such as Les Misérables and Phantom of the Opera.

The Reasons to Book with Keith Prowse before Travel

Disney’s smash hit musical ALADDIN is delighting West End audiences, featuring all the songs from the much-loved film, together with a whole world of exceptional performances and the theatrical magic.

Set in 1930s New York during The Great Depression, brave young Annie is forced to live a life of misery at Miss Hannigan’s orphanage. Her luck soon changes when she's chosen to spend a fairytale Christmas with famous billionaire, Oliver Warbucks. Meanwhile, spiteful Miss Hannigan has other ideas and hatches a plan to spoil Annie’s search for her true family…

This exhilarating tale of star-crossed lovers “changed the way musicals are staged forever” (North West End) with its boundary pushing spectacle, thrilling performances and Jim Steinman and Meat Loaf’s legendary hits, including "I’d Do Anything for Love", "Paradise by the Dashboard Light", "You Took the Words Right Out of My Mouth (Hot Summer Night)", "Dead Ringer For Love", "Two Out of Three Ain’t bad" and "Bat Out of Hell".

Two of the world’s greatest chess masters, one American and one Russian, risk becoming the pawns of their governments as their battle for the world title gets underway. Simultaneously, their lives are thrown into further confusion by a Hungarian refugee, a remarkable woman who becomes the centre of their emotional triangle.

COMPANY, the musical comedy with music and lyrics by Stephen Sondheim and book by George Furth comes to London's Gielgud Theatre in the Autumn of 2018. At Bobbi’s 35th birthday party all her friends are wondering why isn’t she married? Why can’t she find the right man? Why doesn’t she settle down and have a family? One thing is for certain; you will fall in love with Company. Featuring Stephen Sondheim’s iconic songs – The Ladies Who Lunch, Being Alive and Side by Side.

Nominated for 5 Olivier Awards including Best New Musical, Dreamgirls transports you to a revolutionary time in American music history and charts the tumultuous journey of a young female singing trio from Chicago, Illinois called ‘The Dreams’. They learn the hard lesson that show business is as tough as it is fabulous.

Jamie New is sixteen and lives on a council estate in Sheffield. Jamie doesn’t quite fit in.
Jamie is terrified about the future.
Jamie is going to be a sensation.
Supported by his brilliant loving mum and surrounded by his friends, Jamie overcomes prejudice, beats the bullies and steps out of the darkness, into the spotlight.

EUGENIUS! is fast becoming a cult phenomenon and it comes to London for a strictly limited run at The Other Palace. EUGENIUS! is a teenage love story set against a backdrop of comic books and superheroes. It is a show where geeks rule, dreams come true, and everyone finds the superhero inside themselves... You’ve just gotta know where to look.

A major new revival of the Olivier award-winning, smash-hit West End and Broadway musical in its 25th anniversary year.
Nomax is down on his luck. Newly single and broke, he drinks his sorrows away. But in a wild night that he'll never forget, Five Guys Named Moe - Big Moe, Little Moe, Eat Moe, Know Moe and Four-Eyed Moe - are on hand to help him party his way back to the straight and narrow.

Girl From The North Country

Duluth, Minnesota. 1934. A community living on a knife-edge huddle together in the local guesthouse.
The owner, Nick, owes more money than he can ever repay, his wife Elizabeth is losing her mind and their daughter Marianne is carrying a child no-one will account for. When a preacher selling bibles and a boxer looking for a comeback show up in the middle of the night, things start to spiral beyond the point of no return...

Inspired by true events, this joyous story of Brit grit to high-heeled hit takes you from the factory floor to the glamorous catwalks of Milan in a feel-good and heart-warming tale of friendship, filled with joy, laughter, stunning costumes and heart-stopping choreography.

Set against the backdrop of 19th-century France, LES MISÉRABLES tells an enthralling story of broken dreams and unrequited love, passion, sacrifice and redemption – a timeless testament to the survival of the human spirit.

Set on a Greek island paradise, a story of love, friendship and identity is cleverly told through the timeless songs of ABBA.

With a book by Dennis Kelly and original songs by Tim Minchin, MATILDA THE MUSICAL is the story of an extraordinary girl who, armed with a vivid imagination and a sharp mind, dares to take a stand and change her own destiny.

MOTOWN THE MUSICAL uncovers the story of the legendary record label that changed music history and created the soundtrack of a generation. With just $800 borrowed from his family, Motown founder Berry Gordy, went from featherweight boxer to heavyweight music mogul, discovering and launching the careers of Diana Ross and the Supremes, Michael Jackson and the Jackson 5, Stevie Wonder, Smokey Robinson and the Miracles, Marvin Gaye and many more.

Phantom of the Opera

Far beneath the majesty and splendour of the Paris Opera House, hides the Phantom in a shadowy existence. Shamed by his physical appearance and feared by all, the love he holds for his beautiful protégée Christine Daaé is so strong that even her heart cannot resist.

School of Rock The Musical

Based on the iconic, hit movie, this irresistible new musical follows Dewey Finn, a failed, wannabe rock star who decides to earn an extra bit of cash by posing as a supply teacher at a prestigious prep school. There he turns a class of straight–A pupils into a guitar-shredding, bass-slapping, mind-blowing rock band. But can he get them to the Battle of the Bands without their parents and the school’s headmistress finding out?

The Book of Mormon

A strange new act has arrived at the fairground... Who is Grinpayne and how did he get his hideous smile? Paraded as a freak, then celebrated as a star, only the love of a sightless girl can reveal his terrible secret.

Set against the majesty of the Serengeti Plains and to the evocative rhythms of Africa, Disney’s multi-award winning musical will redefine your expectations of the theatre

Bartlett Sher's multi-award winning production of Rodgers and Hammerstein’s THE KING AND I transfers to the West End in June 2018. Set in 1860’s Bangkok, the musical tells the story of the unconventional and tempestuous relationship that develops between the King of Siam and Anna, a British schoolteacher whom the modernist King, in an imperialistic world, brings to Siam to teach his many wives and children.

The Woman in Black

A lawyer obsessed with a curse that he believes has been cast over him and his family by the spectre of a Woman in Black, engages a sceptical young actor to help him tell his terrifying story and exorcise the fear that grips his soul. It all begins innocently enough, but then, as they reach further into his darkest memories, they find themselves caught up in a world of eerie marshes and moaning winds. The borders between make believe and reality begin to blur and the flesh begins to creep.

Come and celebrate the wonderful career of the world's greatest entertainer - Michael Jackson - with the West End blockbuster THRILLER - LIVE, a stage and video spectacular. This amazing show, featuring over 20 performers with a full company of singers, dancers and live band celebrates the King of Pop like never before! Take your seats and boogie on down as the cast belts out song after wonderful song, covering the early Motown and Jackson Five days right up to the solo successes that made such an impression on generations of music lovers. And the dance sequences are simply breath-taking.

From humble beginnings in Nutbush, Tennessee, to her transformation into the global Queen of Rock ‘n’ Roll,TINA TURNER didn’t just break the rules, she rewrote them. This new stage musical reveals the untold story of a woman who dared to defy the bounds of her age, gender and race.

Wicked tells the incredible untold story of an unlikely but profound friendship between two young women who first meet as sorcery students at Shiz University; the blonde and very popular Glinda and a misunderstood green girl named Elphaba. Their extraordinary adventures in Oz will ultimately see them fulfil their destines as Glinda The Good and the Wicked Witch of the West.

Grandson of the infamous Victor Frankenstein, Dr. Frederick Frankenstein (pronounced ‘Fronk-en-steen’) inherits a castle in Transylvania leading him to fulfill his grandfather's legacy by bringing a corpse back to life. With help and hindrance from hunchback henchman Igor, buxom assistant Inga and needy fiancée Elizabeth, his experiment yields madcap success and monstrous consequences.

Young Peggy Sawyer is fresh off the bus from small-town America and just another face in the chorus line on Broadway’s newest show. But when the leading lady gets injured, Peggy might just have the shot at stardom she's always dreamed of…